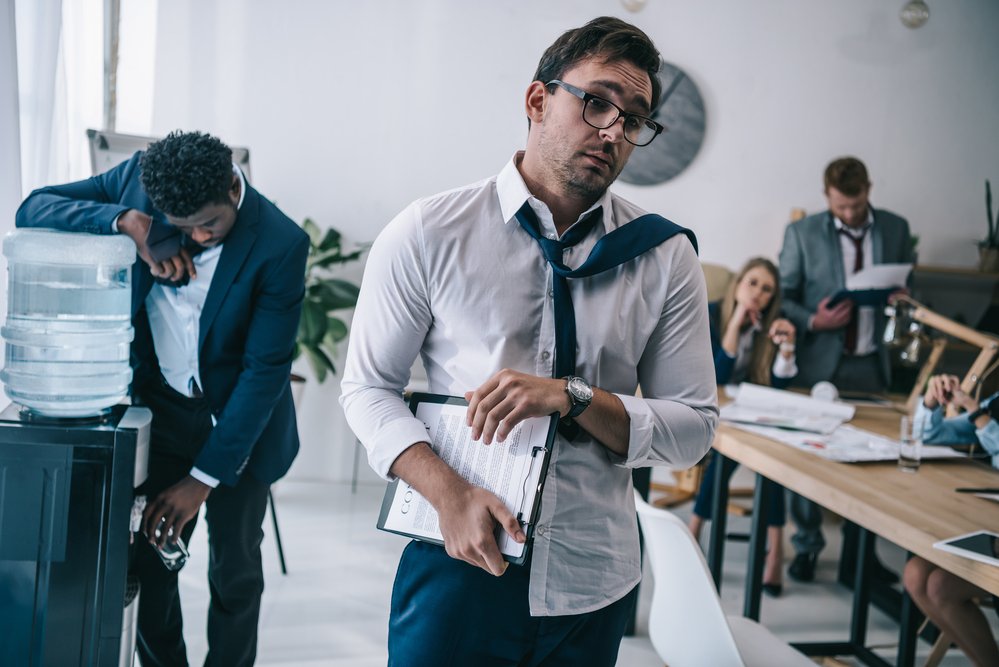 Once, after reading the book "Never Dine Alone," I made an appointment with a friend.
- Any day except Monday - he replied.
- Why not Monday, I did not know that you are superstitious? - I tried to joke.
- What does superstition have to do with it, Monday is the day of meetings! - the friend did not react to the joke.
- Whole day? - I was surprised.

As it turned out - all day. At dinner, he said that he comes to work early on Monday due to the time difference with the head office. And then meetings are going on non-stop until 6 pm. Without a lunch break, with quick dashes to the toilet. In the company, it was a normal practice, elevated to the cult of the "sacred cow". I took the phone, opened the calculator and “on my knee” calculated how much such a Monday for the company costs. You don't have to be a CFO to do this. And so, judging by the car and suit of the friend, together with taxes and a workplace, he costs the company at least 10 thousand euros/month. There are approximately 20 working days in a month, of which 4 are Mondays and 48 working weeks per year. The meetings are attended by an average of 20 people of about the same rank. Sometimes much more, sometimes a little less. Total: 10,000: 20 x 4 x 48 x 20 = 1.9 million euros per year. Considering that on other days meetings are held with enviable regularity, taking up to 6 hours of executives' working time, and some executives cost the company much more than my acquaintance, I realized that the company has a "colossal margin of safety."

But this is only the tip of the iceberg. After all, leaders do not confer empty-handed. Some of their subordinates are preparing presentations. A friend of mine had them altered at least 8 times, bringing to perfection. With pictograms, in different formats, with drop-down menus and explanatory notes. In case the BOSS suddenly asks something, but we not prepared. There was even a separate person in the department, not good professional expert, but knew Power Point well. He walked around the office and distracted other employees with demands to provide data in the form he needed, as always urgent. The cost of such performance depends on the number of departments participating in the meetings and is quite comparable to the “cost of Monday”.

Another invisible source of waste is the reaction to a meeting with senior leaders. As with the dropdown menu, subordinates try to anticipate the BOSS's thoughts. Therefore, any question asked without appointing those in charge turns into a “all at once” navigation maneuver. There is a term in the navy when the whole flotilla turns sharply and sails in a different direction. Simultaneously. That is, immediately after the meeting, all departments run to look for information and try to do something in order to get ahead of their opponents and report back. Thus, diverting resources from current work. As the saying goes, between “important” and “urgent”, “urgent” usually wins. How much it costs will not even be considered, is purely a matter of the productivity of departments and the ambition of managers.

One woman with a good sense of humor wrote to LinkedIn - when my husband switched to “home office”, I saw what he was doing. He prepares for video conference, confers and writes the conference report. That is, it reassures me that my friend's company does not stand out from the general canvas.

Elon Musk recently drew attention to this issue. So he said, "Spend less time in meeting rooms, spend less time on PowerPoint and more time trying to make your product as great as possible…" But he is the owner and understands who pays for when everybody is busy, but nothing is being done. Unfortunately, the ingenious product of Bill Gates' team has become a drug need to be strongly regulated. But, of course, I didn't tell my friend this. He is a good person and a good specialist. And in a company where meetings are pushed to their climax in the form of regular 3-hour live broadcast from senior management, with a full hall in the corporate center and multiple departments on live video, he better stock up on sandwiches on Mondays and sometimes turn off the camera to recuperate and stay healthy. So we had a good dinner, drank Chardonnay, and joked about the use of corporate acronyms and buzzwords in foreign languages, which managers gravitated towards to add importance and lose meaning. But more on that next time.